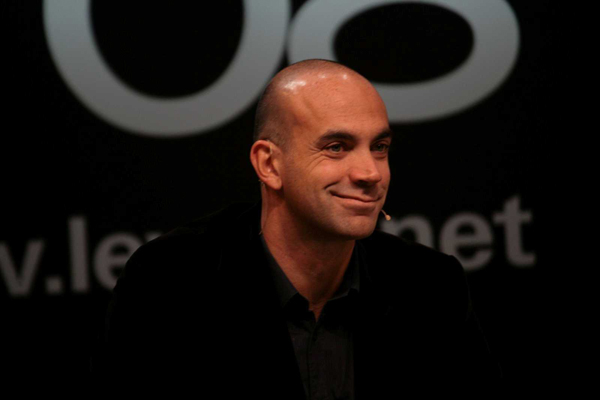 The central idea behind collaborative consumption, or “The Sharing Economy” is that access to goods and skills is more important than ownership of them. This movement represents a major economic, social and cultural shift and is redefining the ways goods and services are exchanged, valued and created.

The Maker Movement is taking new and unique applications of technologies to a new level. Innovation in robotics and 3-D printing, for example, are driving advances in manufacturing, engineering, industrial design and hardware. Once viewed as a subculture, this movement has definitely entered the mainstream.

The Reinvention of Healthcare

Social platforms, connected devices, smartphone penetration have all changed the way we interact with friends, businesses and objects. They will also change the way we search for, consume and measure the efficacy of healthcare. In this session, we’ll hear from entrepreneurs and practitioners at the forefront of devices, wellness and new forms of healthcare access.

Disruption as an Ecosystem

With the onslaught of IoT devices, Shared Economy services, and DIY systems, things are getting more chaotic for users. Brian’s session will focus on disruption as an ecosystem and explore how to apply a combination of systems and design thinking to build an integrated platform of solutions around your vision.

The invasion of the European Super Startups

An in-depth look at how Europe is generating the next billion dollar companies. We will examine the rise of the „Super Startups“. They have small teams, high growth, high profitability and global reach…and they come from Europe.

It is said that the Internet of Things (IoT) will likely be one of the most important technological advances of this century. By 2020, an estimated 50 billion devices will be connected to the Internet. This hyperconnected world is fueling the creation of an IoT that will bring devices, systems and people closer together. It’s about a melding of the physical world and the virtual world.

A „virtual currency“ that is not sanctioned by any government is controversial by default. Where are we in the recent evolution of global digital currencies like Bitcoin? At its peak, based on more than 10 million bitcoins issued, the cryptocurrency boasted a market value of over $2 billion. Thats got our attention!

Gone are the days of focusing more on engineering than on design. Apple changed that. Innovative companies now know the importance of getting the design right. If the user-interface isn’t appealing, innovation doesn’t really matter. The companies that get it believe that design is at the core of their business.

Plain and simple, the future of education is online education. Companies like Coursera and Udacity are challenging traditional education in big ways. Their enrollment numbers speak for themselves and tell us this is an explosive space in tech.

Wearable Computing – The Next Generation

Some say wearable tech will be as big as the Smartphone. This device revolution is creating a new set of standards for personal and business applications. What is on the horizon?

Mindfullness is a big trend not only in the technology world, but in some unlikely places too. Super Bowl contenders the Seattle Seahawks are taught yoga and sitting meditation as a part of their training. Could meditation help you win a football game? Davos had many sessions devoted to meditation and mindfulness this year. What more are we capable of when we all just slow down for a minute?

The way we shop is changed forever. From the availability of custom options to improvements in virtual sizing, everything is now possible in an online experience. Ecommerce retailers that started out as online stores seem to be quicker at adopting new technologies than the more traditional companies. If traditional companies are to catch up, they must find more synergy between their ecommerce effort and their bricks and mortar shops.

In this new era of music, artists and fans have more ways than ever to connect. You can listen to your favorite music pretty much anywhere, on any device. However, issues around copyright law and sustainable business models muddle the landscape. Who are the strong players in the space and what do they need to survive & thrive in this rapidly changing landscape?

Google’s acquisition of artificial intelligence company DeepMind for a huge sum is certainly an indicator that AI is hot. Advancements in AI and computer learning are both scary and exciting at the same time. The potential appears to be endless and we may soon find ourselves in the middle of a SciFi movie, that isn’t a movie at all.